I don’t have any other tattoos because I couldn’t commit!

I did it anyway. It’s a bit of a theme I’m running at the moment – feel the fear and do it anyway. YOLO and all that.

I’d have to admit – it all happened pretty fast – once I got my eyelashes done (my sister did them for me as a gift) I was pretty keen to complete the look with new eyebrows. I became so sick of using the tint I was using for the last 20 years – and it didn’t hide the patchy bits.

Anyway, when you look at the before pic up there you can probably see why, my eyebrows had been through some hectic epic waxing sessions over the last 20 years of incompetent beauticians taking off too much, creating weird shapes – ughhh – so the trick was to find one good clinician that I could trust to create the look I want. I allowed them to grow out for a while and stopped tinting. What you see ‘before’ is my natural brow without pencil, tint or plucking.

You know me. I often don’t wear makeup. Sometimes I do – for special occasions – it’s not something I’d do every day though. I like wearing it but to be honest, most make up is toxic / tested on animals / not tested or evaluated for human safety (that’s a post in itself!) not to mention it’s so hot where I live, make up just sweats off.

So microblading eyebrows were bound to happen sooner or later. I didn’t even know what I wanted was called ‘microblading’ I thought it was cosmetic tattooing (which it is,,, but microblading is an art of multiple strokes that appear hair like. It’s a natural look and since having it done, I’m pretty happy about waking up looking glamorous and ready for the day.

Are you thinking of microblading eyebrows? Tell me about your experience in the comments below xx 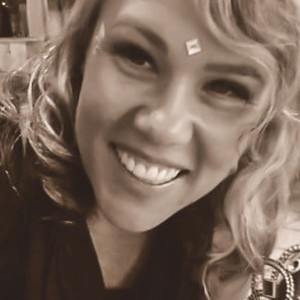 What is MONAT Be Balanced Skin Care Doing For My Face

What is MONAT Berry Refined Scrub Doing For Your Face?

What is MONAT SKIN REVITALIZING ESSENCE